San Francisco, CA (July 13, 2011) – SunMaxx Solar’s CEO Adam Farrell participated in the Solar Heating & Cooling – Markets and Policies session at InterSolar North America. During the panel discussion a portion of the group dealt with such topics as dealing with the general condition of the solar thermal market in North America, along with the roadblocks and hurdles faced nationally in the industry.
The panel included industry leaders Adam Farrell, Chief Executive Officer, SunMaxx Solar, USA, Ron Kamen, President, New York Solar Energy Industries Association, U.S. , Dr. Lucio Mesquita, Thermosol Consulting, U.S. , Rick Reed , President, Sunearth, U.S., Alexander Zhihov, U.S. Army, U.S. Some of the main discussions included the current policy and incentive programs in North America for solar thermal technologies, and the effectiveness of these programs across the country. While there are several programs in place, the industry has seen a slow adoption of solar thermal technology due to many factors including competition against photovoltaics “solar electric”, and lack of consumer education on solar thermal systems.
The improvements to the incentive programs, New York specifically, are vast and attractive but they are still facing many barriers. An example brought to the discussion was the difficulty of locating customers who qualify for the RPS electric rebate program.
The general consensus of this elite group, was the need to bring the solar thermal sector together. The group felt they need to promote the widespread use of solar thermal technologies and help build the North American market to its potential. Current solar associations have yet to provide the attention and detail to the solar thermal industry due to competition from solar electric technologies. These discussions will take place in the upcoming months and construct a concrete road-map for solar thermal in North America.
For more information, please visit SunMaxx Solar online at www.sunmaxxsolar.com. You can also contact a SunMaxx Solar thermal specialist at 1.877.786.6299.

SunMaxx Solar works with Cornell University to Move Beyond Coal 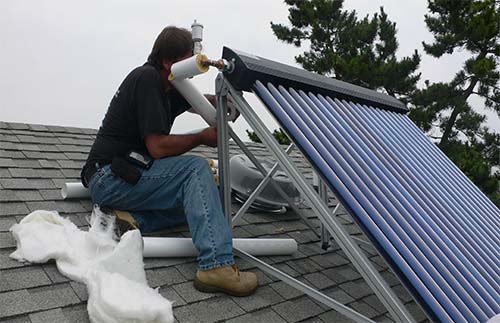 SRCC OG300 Certified SunMaxx Solar is pleased to announce that their Simple...