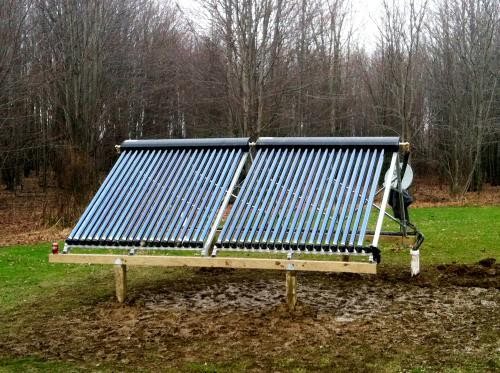 During March of 2012, a residential solar thermal system was installed for Mike Beres of Springville, New York.   His system uses two ThermoPower VHP20 solar collectors which are ground mounted, as well as an 80 gallon solar storage tank.  The system provides 95% of his domestic hot water needs from late Spring through early Autumn and 80% from late Autumn through early Spring.  The system tank has an electric element and tied into a 40 gallon propane hot water tank and wood boiler.  He took advantage of the $4000 from NYSERDA’s Solar Thermal Incentive Program. 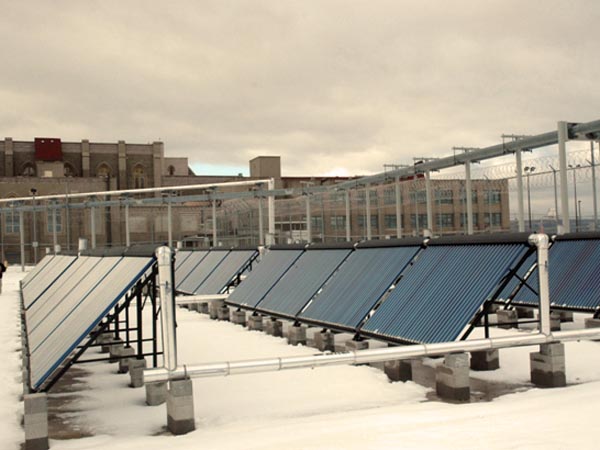 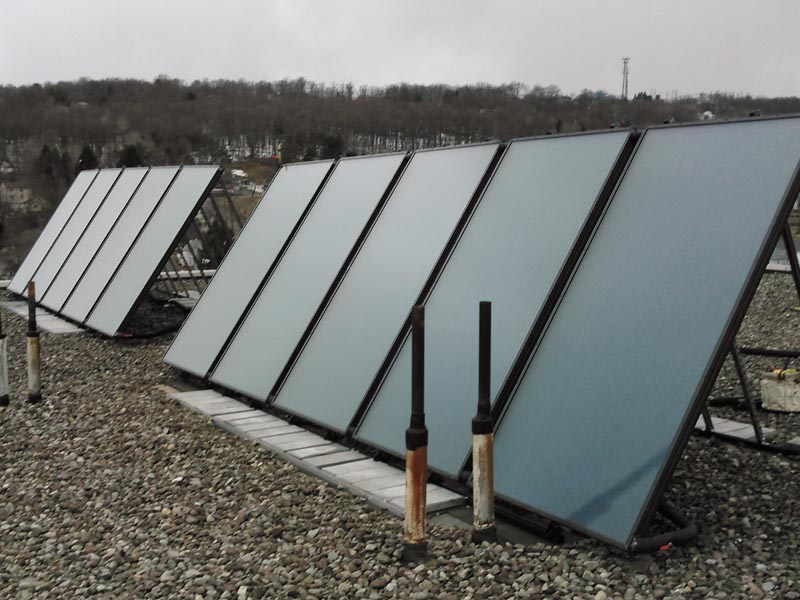 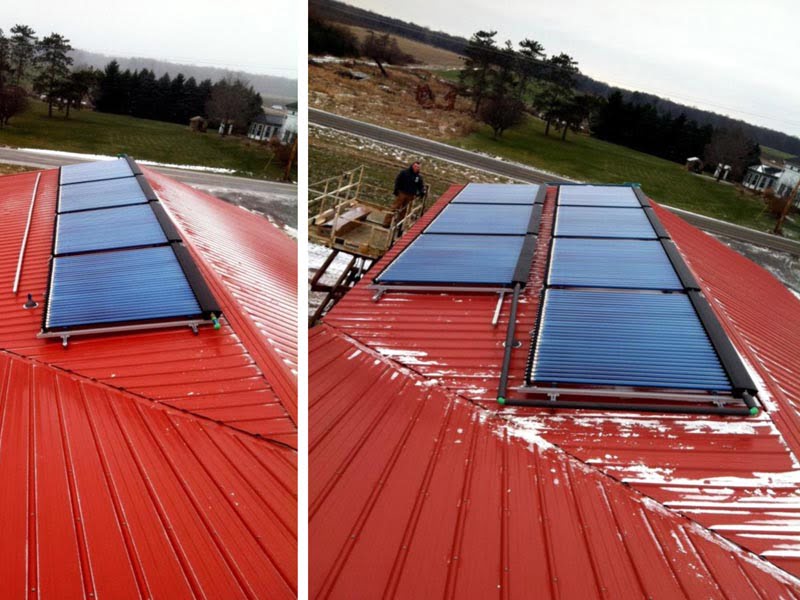 The project was contracted by Matt Beres at Simply Solar Systems who...