The solar industry was on a roller-coaster ride last week, echoing in many ways the larger market turbulence the world’s been experiencing since early August. Some companies filed for bankruptcy and others changed their strategies to remain competitive. But elsewhere plans, plants and projects moved forward, showing the industry is not facing a long, steep drop, but rather a lot of bumps.

Evergreen Solar Inc. and SpectraWatt Inc. have recently filed for bankruptcy following a dismal second quarter driven by lower silicon costs and increased market competition. Evergreen’s proprietary string ribbon silicon technology was impacted significantly by continual precipitous drops in the price of silicon. SpectraWatt said it couldn’t compete with pricing competition from China. At least one analyst said that other companies may follow suit and that a drop in subsidies could have a large negative effect on solar manufacturers.

Meanwhile, Solon, a German company with a U.S. subsidiary, said it would stop manufacturing modules in the U.S. as it seeks to change its operating strategy in the states. Instead it will focus on commercial and utility-scale turnkey solutions in the U.S. The news came after Solon reported earnings for the first half of 2011 that were lower than expected.

Based on Solar Millennium subsidiary Solar Trust of America’s decision to transition the first half of its 1 gigawatt Blythe Solar Project from a concentrating solar plant (CSP) using parabolic troughs to a photovoltaic plant, some are wondering if interest in CSP is waning. There are a couple of reasons to support the theory. For instance, the cost of photovoltaics has come down quicker than expected, and photovoltaics are quicker to deploy in small units that large CSP systems.

One of the most important things for all utility-scale, gigantic installations planned for the U.S. Southwest is to get underway right now, particularly those like First Solar’s Desert Sunlight Solar Farm. Work on that project is set to begin in the coming weeks. In fact, to be eligible for the DOE federal loan guarantee, such projects must break ground by Sept. 30.

Large-scale solar projects in the U.S. Southwest are starting to outpace residential and commercial demand. But residential solar in increasing. For instance, four homebuilders in San Antonio, Texas, are now offering photovoltaics as a standard option on new homes. That’s thanks partly to strong incentives offered by CSP Energy, the local utility, which set ambitious goals to increase the amount of renewables in its energy mix as opposed to cleaning up existing fossil-fueled power plants.

In Santa Barbara, Calif., the county government took a slightly different approach. The government supported a project to install photovoltaics on low-income housing. Once completed, the project will give more than 1,000 families in subsidized housing access to solar power and lower-cost electric bills.

Then there’s falling victim to your own success, as happened last week in Minnesota when Xcel Energy said its Solar Rewards incentive program for homeowners and commercial entities was fully committed for 2011. Applicants that didn’t apply in time this year can move forward with the installation process and remain eligible for the incentives in 2012.

States are working to increase their share of the solar industry. For instance, the Missouri Partnership, a public-private nonprofit corporation, has helped bring more clean energy companies into the state. 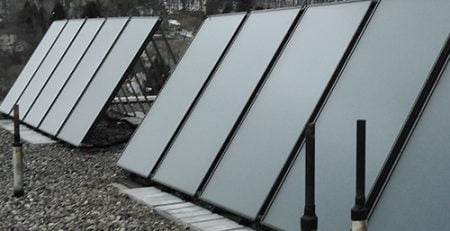 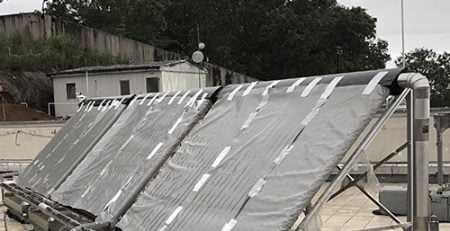