Join us as we talk briefly with Father Gordon about his Thermosyphon System installed at his residential home.

Todd: Hi this is Todd Paternoster with SunMaxx Solar, here in Sidney, New York, doing a little solar tour. We happened to run into our very own Father Gordon from the Sacred Heart Parish. Father Gordon was one of our early customers back then. A few years ago he installed a couple of thermal siphons.

Todd: Very good. He installed a couple of thermal siphons. One’s tied into the hot water, and one’s tied into his heat. And so, sort of off the cuff Father how’s your hot water heater been?

Father Gordon: Hot water’s fantastic. It’s just me, and as I was saying earlier there’s one shower, one load of dishes, and four loads of laundry for the week. In the summer, I don’t need any fuel.

Father Gordon: This provides everything.

Father Gordon: In the winter, it provides most of it.

Todd: And have you had any maintenance issues at all?

Father Gordon: When we first put it in, the first installer didn’t do it correct. The second installer, that was last year, no problems since.

Todd: Very good. Well Father, thank you for your time.

Todd: And we’re gonna continue on with the Sidney Solar Tour. So thanks again Father, have a great day.

Father Gordon: My pleasure. Thank you.

Join us as we talk with George Edwards in Sidney, NY to... 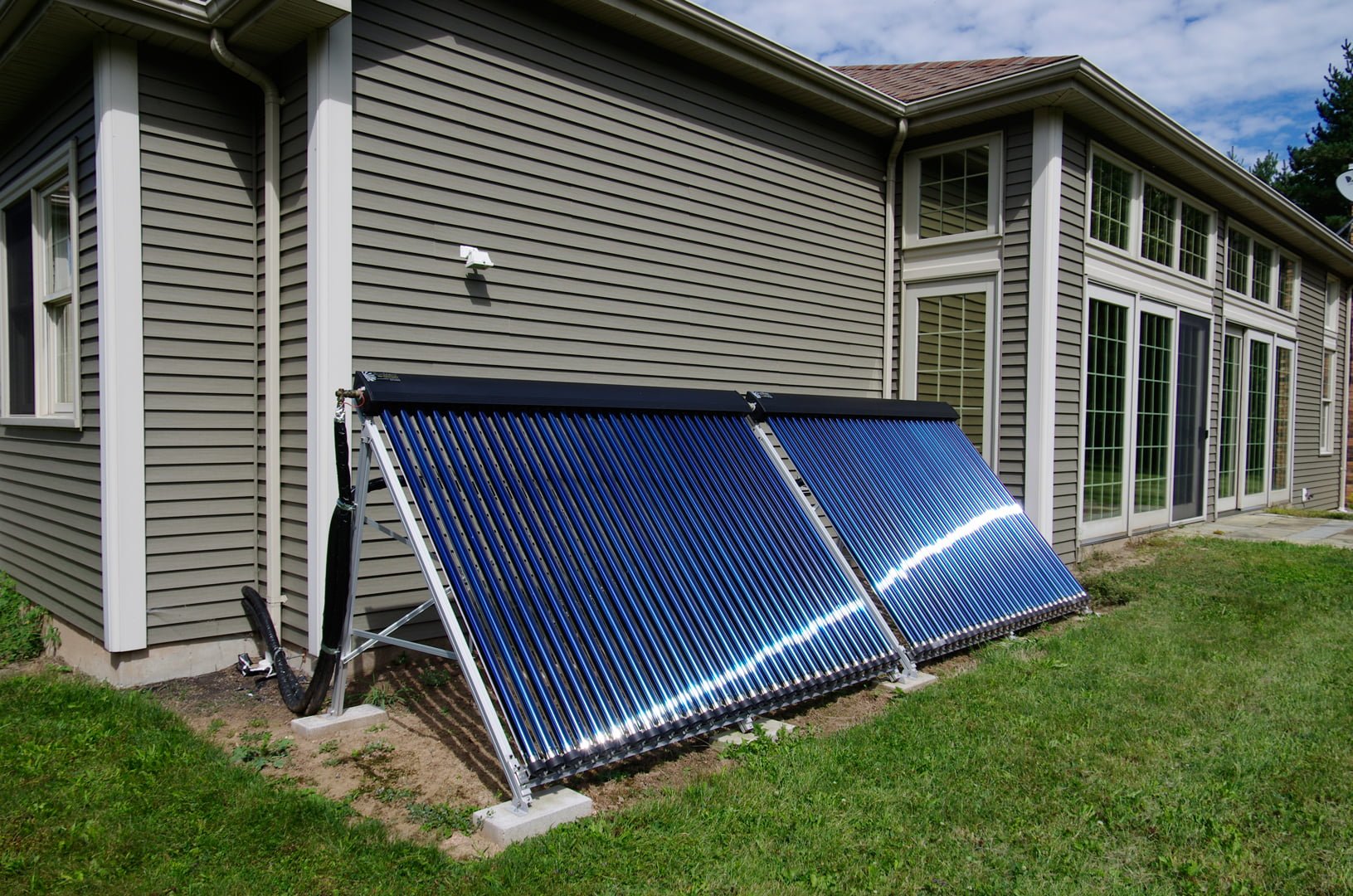