SunMaxx Solar is pleased to announce that they are bidding on a solar collector project at the White House in Washington D.C. The installation in scheduled for spring 2011. Secretary of Energy Steven Chu said of the announcement, “This project reflects President Obama’s strong commitment to U.S. leadership in solar energy and the jobs it will create here at home. Deploying solar energy technologies across the country will help America lead the global economy for years to come.” SunMaxx could not be happier with the decision to implement solar technology at the White House. Previously, solar panels were installed in 1979 during President Jimmy Carter’s term in office. They were then taken down in 1986 during the Reagan administration. Aside from the company’s interest in acquiring the bid, SunMaxx Solar hopes that this installation on the White House, and the national attention it is sure to draw, will help the American public better understand the viability of solar technology as a reliable and cost-effective alternative energy source. 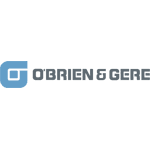