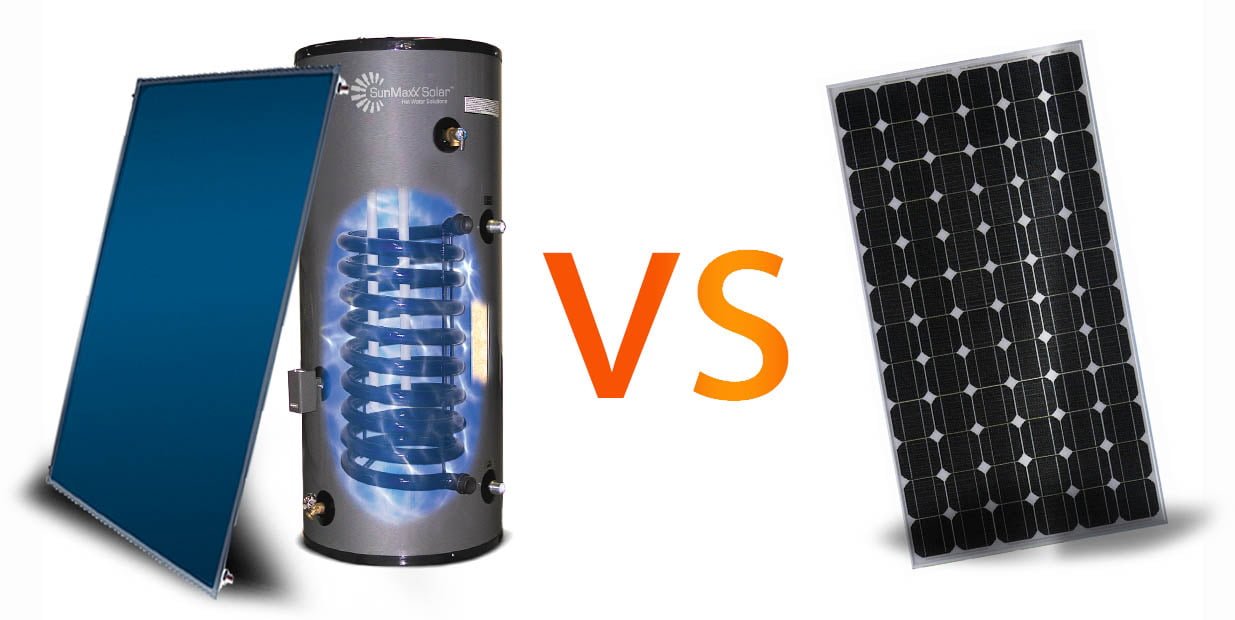 Everyone seems to be installing solar panels on their roof these days. New data shows a solar hot water and space heating system is a better option than a solar electric system (PV) to save you money.

Documents from the Solar Rating and Certification Corporation, a non-profit organization that rates solar system efficiency, recently rated the difference between the two systems. Certain factors settle the dispute: heating your water and your home using solar, wins by a landslide compared to a PV system.

3) KWh Production: According to the SRCC, the SHW installation in our Richmond VA home will produce about 3,100 kWh per year. The home’s PV system will only produce 2,453 kWh in one year.

5) Roof Space: Most homes do not have roof space for large PV systems. A recent article on Renewable Energy World’s site, says “… it typically takes nearly four times the roof area for PV to produce the equivalent energy as a SWH system.”

SunMaxx Solar CEO Adam Farrell, understands the downside to solar thermal because today, “PV has distribution channels and financing programs which has significantly reduced the cost and installation of a system…Solar thermal is still new, and distributing product through inefficient channels, thus increasing the system cost.” That being said, imagine the economic benefits in the future. In the meantime, solar thermal systems are still 8x more efficient, cheaper to install for kWh, and also have better state rebates.

In the end, solar thermal is destined for a “bright” future.

SUN & WIND ENERGY has been published since 2003 and provides...